Not so long ago, only professional coders could create and manage web pages. But, now website development platforms have made it easier for us to build and design the website we need without understanding the process of coding.

Many different tools aid the process of web development; these tools have made it quite simple for us to manage and build our websites. Web design tools help to edit advanced texts, drag and drop images as well as build a website step-by-step. We can make professional websites through content management systems without any hustle. 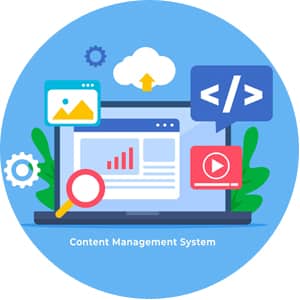 A content management system is a web-based application that helps site owners to manage data, content, or information of different websites. It involves creating, editing, and publishing the content.

Let’s look at the top web development platforms that will help you build a website easily.

WordPress is a content management system (CMS) that helps to set up a website in a short period. You require a domain and a hosting service to create, store and publish web pages. Almost one-third of the world’s websites are powered by WordPress. It comes with a huge variety of templates that you can use for your website to make it look professional without putting in the extra efforts. You can also download free add-ons and extensions to make your experience smooth.

Pros of using WordPress
• WordPress gives you full control of your data and website. You are not controlled by a web hosting company.
• You can access a wide range of extensions, plugins, and add-ons.
• Being the in-charge of your website, you can easily carry out SEO to attract users.
• You can customize designs and templates according to your liking/choice.

Cons of using WordPress
• You are responsible for the security, updates, and making backups for your website.
• There is no built-in drag and drop builder and you need to install additional plugins for it.
• You need to have basic knowledge of HTML and CSS. 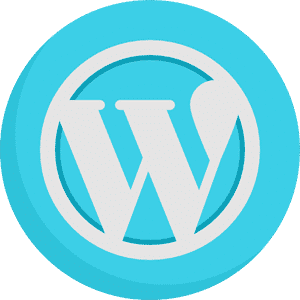 Joomla is also one of the top open-source content management systems and is the third most used software after WordPress and Shopify. It is mobile-friendly and will build your website easily. It is used for building online forums and extensive product catalogs.

You don’t need to be an expert to create websites, you can install Joomla and quickly launch totally free and fully functional websites.

Pros of using Joomla
• It is an open-source platform.
• You can easily develop an E-commerce website and manage your products and content with it.
• You can easily edit and structure content.
• Being a non-developer, you don’t need to invest a lot of time learning and understanding it.

Cons of using Joomla
• It is more complex than WordPress when it comes to customizing templates and designs.
• It has limited options for add-ons and additional modules.

Shopify is an excellent platform used for online retail business in Pakistan and worldwide. Its ease of use and simple setup enable anyone to create a stunning online store with a few steps. Shopify is an excellent choice for an e-commerce business, but you have to consider its pros and cons before making a choice.
Pros of using Shopify:
Easy to set up: Shopify is easy to set up, and anyone with little to no programming knowledge can set up this app with ease.
All in one application: Shopify comes with a fully functional website and high-quality blog.
Cost-effective: Shopify is comparatively cheaper than many other platforms working in the same market.
Attractive design: You have the freedom to choose from the vast library of designs
Mobile Responsive: Most of the designed templates are responsive and work perfectly with mobile devices and operating systems.
Miscellaneous: Excellent customer support, Buil-in SSL certificate, Multiple language support.
Cons of using Shopify:
Limited free themes: Limited number of design themes are available for free.
Monthly Subscription: You have to pay subscription-fee through its nominal, but you have to pay some fee when you are using Shopify. 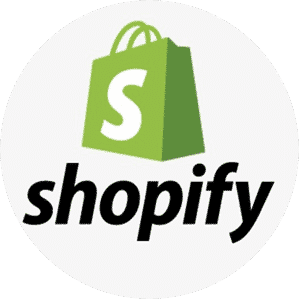 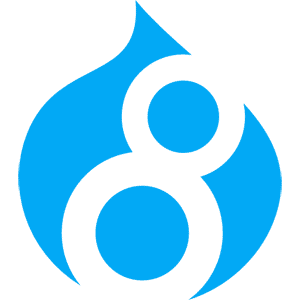 It is a free web content management system. It provides a framework for almost 10,000 top websites which include personal blogs, corporate, and government websites. Drupal comes with easy content authoring, reliable performance, and excellent security.

Pros of using Drupal
• Drupal is well-known for its security and has faced only two major security vulnerabilities in two decades of its existence
• The most famous corporations like Fox, Johnson & Johnson, Verizon, Cisco, Government of Australia, Pinterest, BBC, Twitter, eBay, and Puma utilize Drupal because of its flexibility.
• Drupal has built-in mechanisms for handling the scalability of your site
• Its multisite feature allows developers to essentially build multiple websites using one single Drupal installation.

Cons of using Drupal
• Drupal can be too complicated for new users and they can have difficulty.
• You have to keep up with its maintenance as you’ll have to update and install security patches from time to time.

It is an open-source eCommerce platform with more than 100,000 online stores. Magento has 2.5 million downloads and has helped the sellers to sell almost 2.5 million worth of goods in 2019.

With a wide range of features, it has multiple stores and supports multiple locations, languages, pricing, and currencies.
A large community uses Magento which is why it has several extensions and plugins for the user’s ease.

The community version of Magento is free, but the enterprise version of Magento is very costly. It costs more than fifteen thousand dollars approximately.
Its loading time is quite slow. The customizations are difficult to make as compared to other E-commerce platforms.
It has expensive product support services as developers and consultants might charge a large amount for them.

As of now, you are aware of how to build a website without knowing professional coding. It is time to own a website and increase your social media presence.